The patron of Ireland, this bishop was born in Roman Britain, kidnapped at 16 by Irish raiders and sold into slavery in Ireland. He was a lonely shepherd for six years before escaping and returning home. But his dream of converting the Irish pagans propelled him to priestly studies in Gaul (now France), and about 432 Pope Celestine I consecrated him bishop and sent him to Ireland. For nearly 30 years he preached tirelessly, made countless converts, founded monasteries and established the primatial see at Armagh. Toward the end of his life he made a 40-day retreat in Mayo that gave rise to the famous ongoing Croagh Patrick pilgrimages. Stories of him using the shamrock to explain the Trinity and driving snakes from the island are legend.

Photo of detail from stained glass window in St. Mary's Basilica in Phoenix. 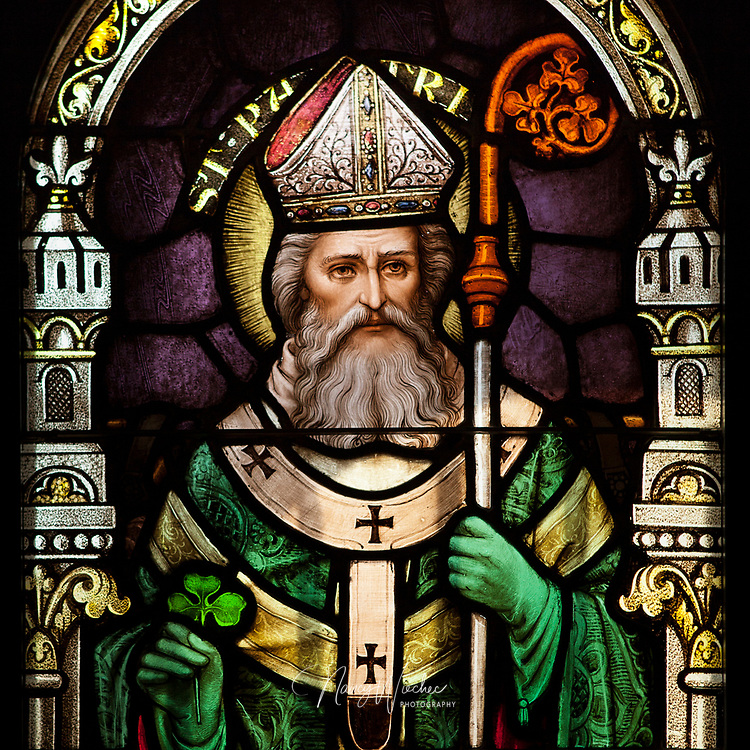