As with other early Christian martyrs, Agatha's story is legendary not factual. The Sicilian-born virgin supposedly was martyred during the persecution of Emperor Decius, who ruled 249-51. She was sent to a brothel to force her to repudiate a vow of chastity, but she remained steadfast and her breasts were cut off. Healed when St. Peter appeared to her in prison, she died a few days later from further torture. Her saintly cult spread, and she was added to the Roman Canon of the Mass about 600.

Photo of detail from stained glass window in St. Mary's Basilica in Phoenix. 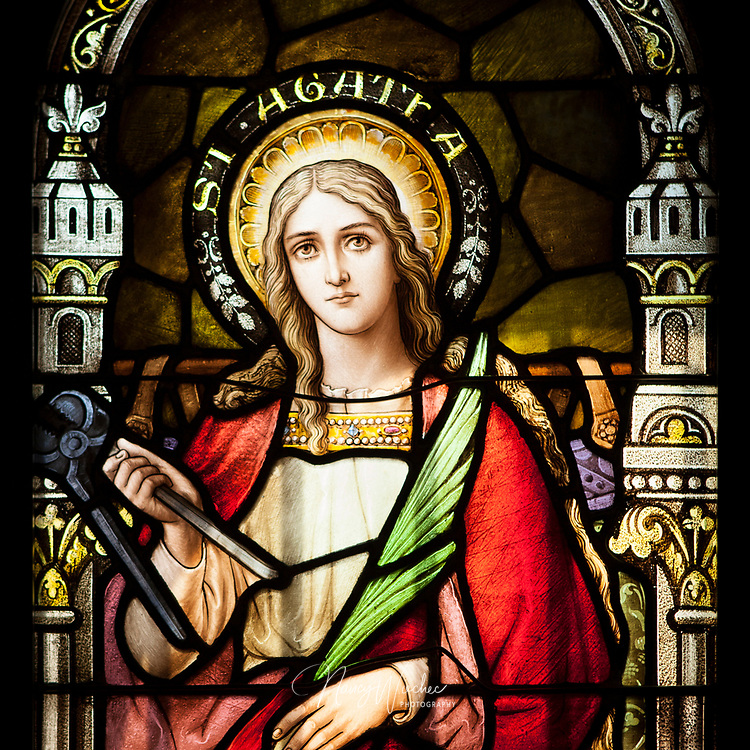