Police officers guard the area around the Autumn Ridge apartment complex which had been searched by investigators in Phoenix, Arizona May 4, 2015. Texas police shot dead two gunmen who opened fire on Sunday outside an exhibit of caricatures of the Prophet Mohammad that was organized by a group described as anti-Islamic and billed as a free-speech event. Citing a senior FBI official, ABC News identified one of the gunmen as Elton Simpson, an Arizona man who was the target of a terror investigation. REUTERS/Nancy Wiechec 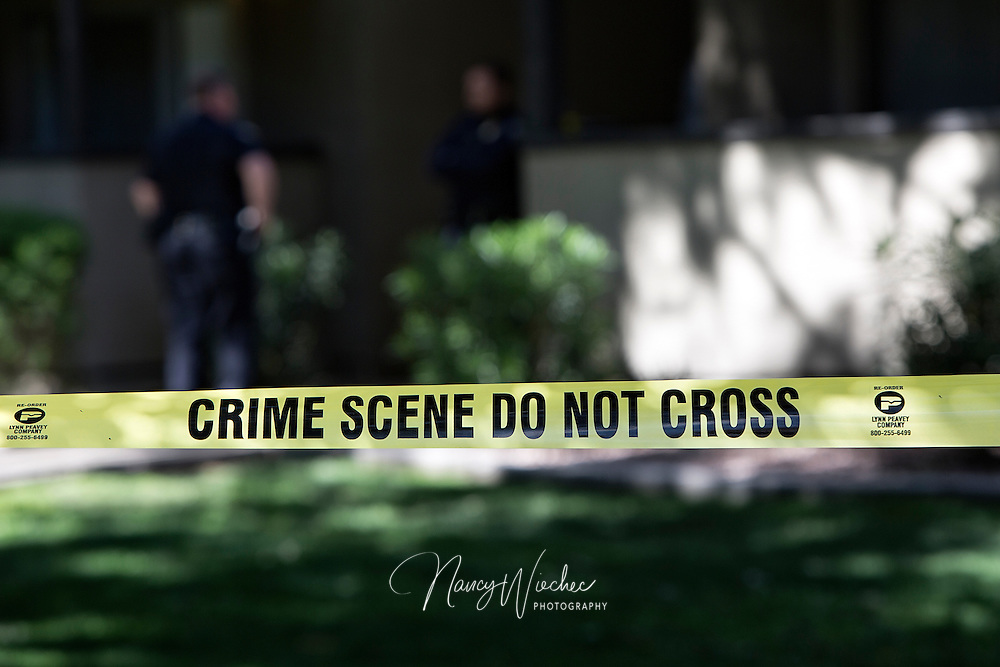